(Riverton, Wyo.) – United States Secretary of Labor Thomas Perez this morning told the current 75 students at the ribbon cutting of the Wind River Job Corps Center “you can do anything you put your mind to if you work hard, play by the rules and continue to invest in your future.” The Secretary was joined by U.S Senator Mike Enzi, a champion of the center from it’s beginning 10 years ago, Governor Matt Mead, Riverton Mayor John L. “Lars” Baker and the National Director of Job Corps, Lenita Jacobs-Simmons in a celebration of the new center. The first students at Wyoming’s only job corps center began arriving on August 5th. At full capacity, the center will host 300 students.

“Fifty-one years ago, Job Corps was conceived with the fundamental proposition that when we open doors of opportunity, when we help a young person rise above adversity and unlock her potential, we don’t just empower a single person; we strengthen our communities and the entire nation,” said Secretary Perez. “Today, we open the doors of Job Corps for the first time in Wyoming, and welcome all young people who walk through them with the sincere aim of taking control of their future,” Perez said to a large crowd of community members and students who filled the new center’s outdoor amphitheater.

“This center is making good of the promises made of economic freedom for all who are willing to work for it,” Perez said.

Enzi said the new center “has tremendous potential for Riverton, Fremont County, Wyoming and the whole United States.” He said the decade of work it took to establish the center here “would result in decades of opportunity” for those young people who are trained here. He said Riverton “was the best place in the state to put it,” referring to the job corps, and noting that the state’s highest rate of unemployment is here and that within the county, the Wind River Indian Reservation has an even higher rate of joblessness.

Wyoming’s Senior United States Senator said he was missing a vote to be here, but he called the entire event awesome. “You work on many things, many dreams, and some actually happen,” he said after the event. “I was not sure this would come true but we kept hammering away at it.” He also credited Senator Tom Harkin (D-Iowa) of helping secure the funding for the center.

Mead noted that Wyoming was the last state in the union to receive a job corps center, and he quipped, “you saved the best for last.” Speaking to the several hundred people in attendance, the governor said the realization of the Wind River Job Corps after 10 years of struggle resulted from persistence and showed that “we never give up on our young people.” He had special praise for Fremont County BOCES Director Sandy Barton, who he credited with “seeing the need and never giving up on it. The journey is now complete.”

Job Corps students toured the day’s guests through the seven building campus and acted as hosts for the event. The center’s Student Government Association also led the assemblage in the Pledge of Allegiance. 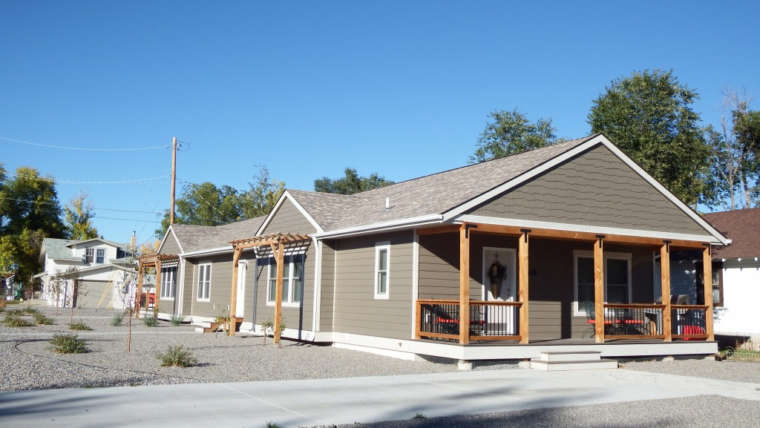 FC BOCES student built duplex recognized today; Only the third one in USA 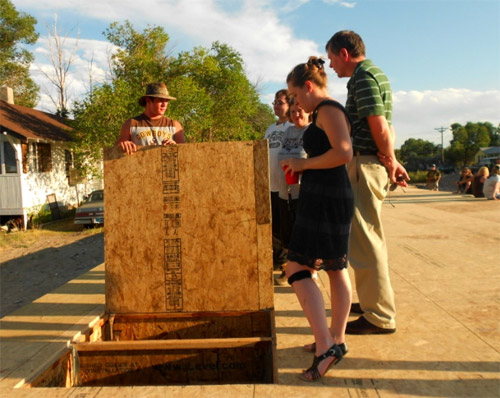