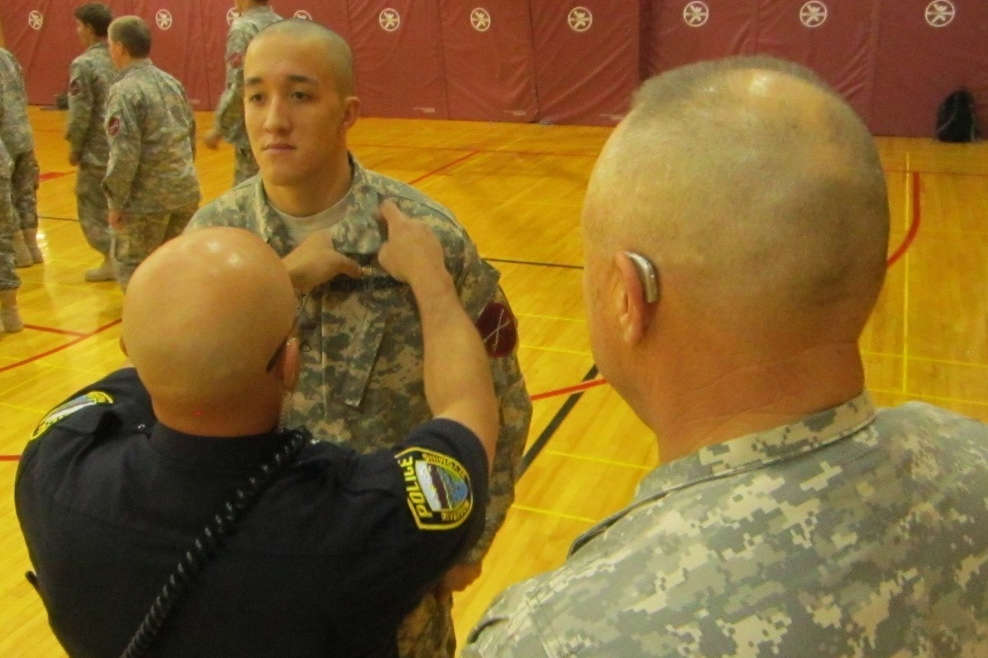 By Ernie Over, managing editor, county10.com

Receiving the first ever “HOOAH!” award and a flag pin was Chris Holcomb, who Myers said “has gone above and beyond and has done an exceptional job in the program. Holcomb, who said he is interested in joining the U.S. Marine Corps Infantry, told the General he liked the fact the Marines are “strong minded.”

Myers also presented a flag pin to “Blade” McCoy, a third year Military Science student. McCoy told Gen. Mount that he was interested in an engineering career in either the Army or the National Guard. 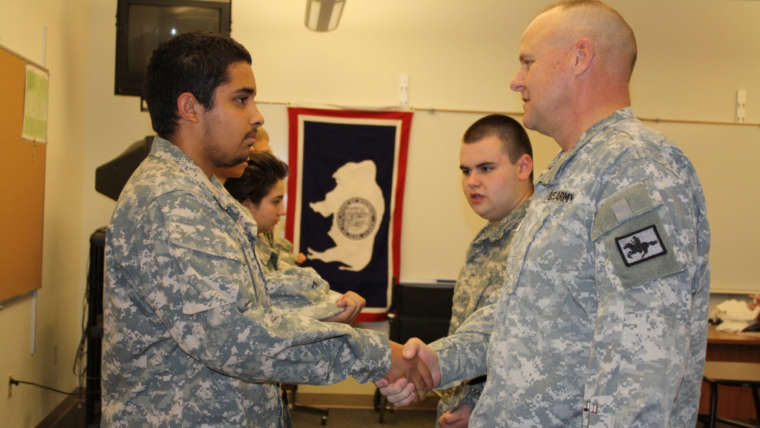