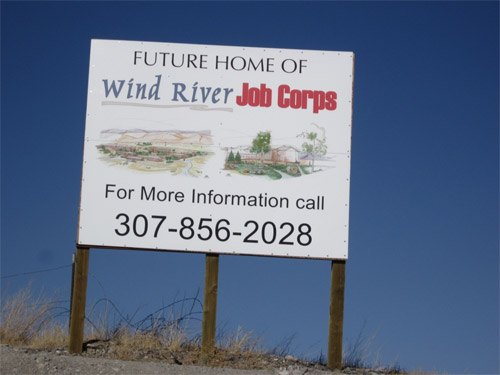 (Riverton, Wyo.) – Riverton City officials this morning announced that the city will host the pre-bid conference for contractors interested in bidding on the Wind River Job Corps Center. The conference is scheduled for May 8th.

“This is an exciting benchmark on a very important project here in Riverton” said Mayor Ron Warpness. “The hard work and diligence of Senator Mike Enzi has been instrumental in making this day a reality.”

City staff received word from the Department of Labor that the solicitation notice had been posted on the Federal Business Opportunities website www.fbo.gov on this morning. Contractors interested in the project should download the solicitation from the government website.

The Wind River Job Corp Project was originally proposed in 2006. Former Mayor John Vincent said today’s announcement “is a great day for all of our Job Corp partners.” The City of Riverton has partnered with the Northern Arapaho Tribe, Eastern Shoshone Tribe, Fremont County Commissioners, Fremont County Board of Cooperative Education Services (FC BOCES), Wyoming Business Council, Wyoming Water Development Commission, state and congressional delegation to move the project to reality. In addition, FC BOCES has spearheaded partnerships with energy partners to develop curriculum applicable to the job market in Wyoming. Conoco-Phillips, Encana, Devon and Marathon have committed to provide working models and full-scale equipment typical of the oil and gas industry for training in these fields. The Job Corps center in Riverton will provide academic assistance and career and technical training to about 550 students from throughout the region and will be the only Job Corps Center in the nation that is focused on Energy Industry careers. High school and General Equivalency Diploma programs will also be offered along with other trades such as Construction, Heavy Equipment/Diesel Mechanics, Electrical and Facilities Maintenance, Office Administration, Medical Office and Allied Health plus Welding curriculum components, according to Sandy Barton, Executive Director, FC BOCES.

“This project is testament to what the residents of west-central Wyoming can accomplish when they work towards a common goal” Warpness said Friday morning. The proposed new center consists of 7 buildings which have a total of approximately 161,000 gross square feet (GSF) and consists of a Welcome Center, Administrative/Wellness/Student Services Building, Educational/Vocational Building, a Cafeteria/Warehouse Building, a Recreation Center and two 2-story Dormitories. It will be constructed on City owned property near Airport Road known to locals as “Griffey Hill”. The City of Riverton has worked closely with Coover-Clark Associates during the design phase of the project. Water and sewer infrastructure has been installed for the campus facilitated by a grant from the Wyoming Business Council. The City of Riverton is also constructing a two-million gallon water tank adjacent to the site that with associated pump stations will provide domestic water and fire suppression for the facilities which is partially funded by the Wyoming Water Development Commission.

Barton said Thursday that she expected movement on the project after learning that the contract had been awarded for construction of the New Hampshire Job Corps Center earlier this week. “We were next in line,” she said. New Hampshire and Wyoming were the only two states without a job corps center. 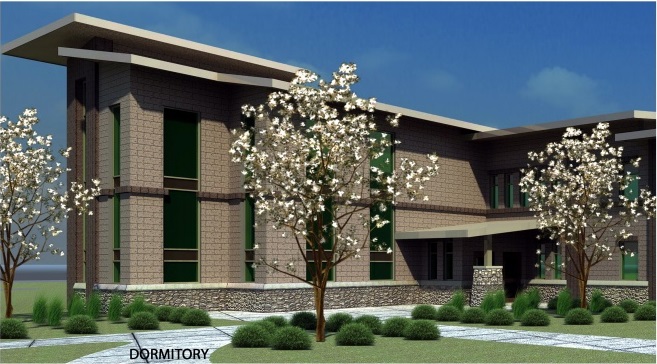